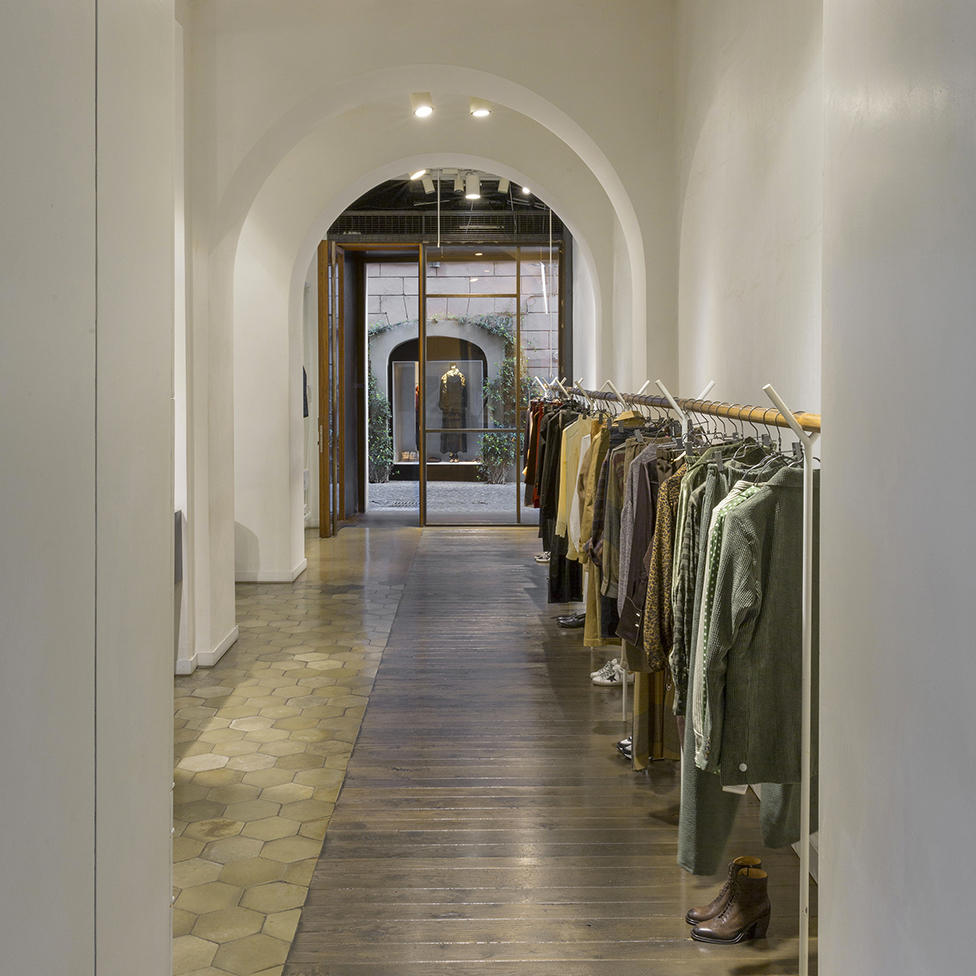 Via Vittoria, 1971: a street that looks far different than it does today, with rows of old artisan shops. Erminia Ferrante moved her atelier from her home on via Giulia to the empty space of a piano shop, where she created clothing for herself and a small circle of clients and friends for years (amongst which Giulietta Masina was the most assiduous).
Her destiny had been written on the wall: her grandparents had a fabric shop for tailoring in Naples, and from a young age she became familiar with the fabrics and tools of home-based tailors.

The boutique gained immediate distinction in the city center. Despite the fact that big RTW brands began opening their shops in the surrounding areas, her original and timeless garments made with Italian sartorial wisdom and an innate awareness in choosing fine fabrics proved a winning alternative.

The same sensitivity led Nia to open up to external influences. This started with an adventurous journey to Egypt, where oriental embroidered silks, African hand-printed cottons, and Maghreb wool fabrics and yarns began being used in the atelier, in offering ethnic inspiration with Italian style.

At the end of the 1990s, Nia was joined by her son, Federico, in a shop that was jokingly called “the youngest brother”. Managed by Studio Morq, it featured a more contemporary offering. Alongside Italian RTW was Japanese and Korean creativity, Belgian minimalism, French brands, and New York denim, with consistently uncommon choices that fell outside of the “obvious”.